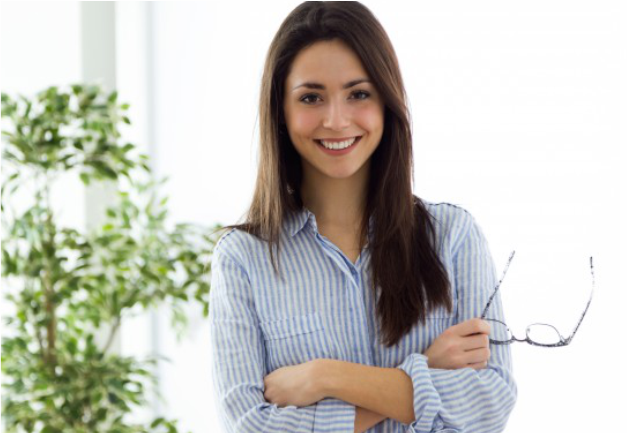 There are so many inspiring stories of famous women – women who stood out – struggled forward to make a difference and after serious perseverance and personal sacrifice managed to realize their dream of making a difference to this world we live in.

Well as my friend, associate, colleague and advocate for Women Entrepreneurs – Gwen Serrotti – CEO and Founder of Xtraordinary Women says, “There are extraordinary women amongst us in everyday life.  You never know who you’re sitting next to and what her story is!  We all have an Extraordinary story to share.  Take the time to get to know the person you’re sitting next to at a business networking meeting – you’ll be surprised when you hear their story.”

Why single out women you ask?  Is this a gender bias?  No – definitely not.  Just take a moment to think about a woman you might know – she doesn’t have to be a celebrity…think of your Grandmother, Mother, Sister, Aunty, Niece, friend or female associate.  Think of what she does and achieved or achieves in her lifetime or day?  Think of all the people she cares for, looks after, mentors or feeds…Think of the work she does in the home – for her children, her husband, her extended family or perhaps even for her community…think of her job, her business, her projects, her community involvement, and support…I am sure you’re getting the picture that I’m painting here.  Women are busy, busy, busy cornerstones of their community – their tribes – their homes, their work, their people!  Aaah – I hear you say – you know men who are just that and more… yes – I’m sure you do – I do too – but that’s not the focus here today – in this red hot minute – right now – I’m celebrating my sisterhood – my Xtraordinary Women.

In celebrating Xtraordinary Women – I would like to take the time out to celebrate two women in particular – Jenny Morris – The – famous – Giggling Gourmet Chef.  Jenny Morris is an ordinary woman who has made it her business to be extraordinary at what she does.

Jenny was not always famous.  Jenny has had a journey to get where is today.  She has had her own fair share of ups and downs, roundabouts and side shuffle that spiritual journies are made from!  Why do I call it a spiritual journey – because I firmly believe that when you are living into your purpose in life your journey becomes a spiritual journey?  One doesn’t easily walk away from these journeys – they are after all our dreams, our purpose – our reason for being.  Jenny Morris – The Giggling Gourmet is just one such lady that I believe is living her purpose.  Jenny is one of South Africa’s most-loved food personalities.  She’s a published author, magazine writer, radio and TV presenter, celebrity chef, teacher, caterer and culinary tour guide who has had an ongoing love affair with food since she was a child when she started making her own mouth-watering treats for school fundraisers and enjoying every moment of doing so…cooking was never going to be a chore for this woman.  Cooking for Jenny is a love affair in the true sense of the word – in which she gets to use her 7 senses – the 7th one being a healthy sense of humour!  Jenny talks about ‘feeling’ your food.  She says you need to, “Caress your food – stroke it, get to know it intimately.”  Jenny says, that how you eat your food will reveal what kind of lover you are.  “You don’t want someone who eats a sosatie (kebab) with a knife and fork,” says Jenny with the naughty spontaneous laugh that has earned her the moniker of Giggling Gourmet. ” And if I can get presidents and heads of state to eat with their hands, I can do it for anyone!” Among her kitchen essentials, Jenny lists garlic, butter, olive oil, trusty zester, and dhania (cilantro).

Jenny is an entrepreneur and owns a catering company – The CooksPlayground™ where she teaches various practical themed hands-on-cooking courses for individuals and corporates – her main criteria for the sessions – Have fun with your food!  In closing this local woman has conquered local shores as well as international shores with her cooking fame – she’s a top businesswoman and an extraordinary inspiration to all young girls and women out there to follow their dream and to never give up on themselves no matter how hard the going gets.

Another extraordinary woman who deserves mention is Uga Carlini.  Uga is a Multi-award winning filmmaker and currently South Africa’s most versatile and celebrated directors.  She is also the founding member of Towerkop Creations, a film production company that specializes exclusively in female-driven heroine stories since 2010.

Growing up, Ugu Carlini had a dream to make it big as an actress in Hollywood. (Referenced from here ) Unfortunately, that wasn’t to be – the universe had other plans for Uga and she found herself behind the cameras bringing extraordinary women’s stories alive through her own creative interpretation of their stories.  Uga changed her dream to one of becoming an award-winning director – sharing women heroine’s stories.  Her dream wasn’t just a wacked idea – it was a real challenge that required big ‘kahoonas’ in a male-dominated industry and something that she has achieved against all the stacked up odds and challenges that she had to overcome.

In 2017 Uga won Best Screenplay in the 2017 Writer’s Guild of South Africa Muse Awards, Best Documentary of the African continent at the AMVCA 2017 Awards, the International Humanitarian Filmmaker Award and Best Documentary at the Asia-Pacific Film Festival.  Her hybrid film – ‘Alison’ was also nominated in all five documentary categories at the 2017 SAFTAS. 2018 saw her win one of eight international filmmaker awards for filmmakers whose work stretch beyond the call of filmmaking duty at the 2018 WOW World of Women Film Festival.

Uga also directed the award-winning hybrid short movie, “Good Planets are Hard to Find.”  The feature version, titled, “With Love from Meton’ has become the world’s first hybrid documentary film to be partly funded by crypto-currency.  (the above two paragraphs are taken from this site.)

This lady deserves a medal!  She’s not just extraordinary – she’s XTRAORDINARY!  GIVE THAT GIRL A BELLS!

We have a golden opportunity for you to meet both women personally – and to hear their stories – from their own perspective at an exclusive event celebrating women’s stories – hosted by Xtraordinary Women at Jenny Morris’s restaurant – Yumcious.  See the link to the event below.

Book your seat for the above event here.  For more information drop us a line on robyn@wordonthestreetmedia.co.za